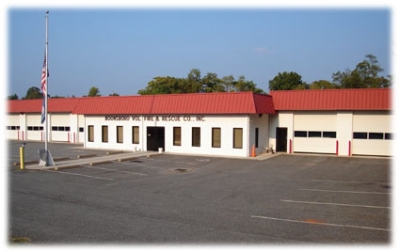 The Boonsboro Volunteer Fire and Rescue Co. Inc. is located in Bedford County, VA on U.S. 501N adjoining the city of Lynchburg. Our address is 1065 Lee Jackson Hwy, Lynchburg, VA  24503. We serve a primarily residential and rural territory which includes several miles of U.S. 501.

Founded in 1961 as Boonsboro Volunteer Fire Company, Inc., we changed to our current name in 1989 with the addition of the Rescue Division. We have a common Board of Directors composed of members of the community plus the top two officers from each Division.

We are bordered on the south by Forest, VA and to the north by Big Island, VA. Both of which are served by volunteer departments. We work together with both Forest VFD, Big Island VFD and Big Island Emergency Crew providing mutual aid.

We have a over 40 volunteers operating 6 pieces of fire suppression apparatus, including a new (2007) rescue/pumper, two 4x4 brush trucks, two ambulances, a EMS First responder suburban, a 4x4 crew cab Utility pickup, a command car and an ATV. We provide Fire, EMS/Ambulance and Rescue services. On average, we run about 400 calls a year, the bulk of which are Medical services.

We moved in to our current quarters (pictured above) in 1990 from the old station which still stands at the corner of Mill Lane Road and US 501. The new building consists of 4 fire bays and 2 rescue bays. The center section which separates the bays, includes the Chief's office, Secretary's office, Rescue office, entry, and main meeting room. Behind the meeting room are restrooms, a kitchen and lounge area. A hallway behind the kitchen connects the bays and divides the front area from a second smaller meeting room and several storage areas at the back of the building. One of the fire bays is a wash bay with pit for servicing vehicles. The land for the station was donated by the Bedford County School Board.

This site has been viewed 669,875 times.
Events
Pictures
Apparatus
Maintained by the members and staff of The Boonsboro Fire and Rescue Company. Designated trademarks and brands are the property of their respective owners. Copyright © 2006-2022. YourFirstDue Inc. All Rights Reserved. Content on this web site is supplied by The Boonsboro Fire and Rescue Company. YourFirstDue Inc. cannot be held responsible or liable for any content, text, pictures, or any other media found on this web site.
Management login
Powered by

YourFirstDue.com
Websites for Fire and EMS
© 2022 The Boonsboro Fire and Rescue Company